Skip to main content
Buy £497.00 Free Preview
How to Achieve Anything 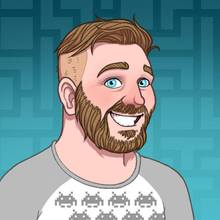 Robin is a geek. A geek who used to be painfully shy, a geek with no direction, sailing on the breeze until he got stranded on the rocks of despair.He learned how to set goals, and consistently get what you want, and now he's ready to share this with you, along with increasingly strained sailing metaphors.A licensed practitioner of Neuro Linguistic Programming and Integral Eye Movement Therapy, Robin takes geeks from zero (no-one's actually a zero) to hero, hosts an iTunes top 50 podcast, and still finds time to kill his friends with both Dungeons & Dragons.
Buy £497.00